BOXING will return in Poland on June 12 as Mariusz Wach fights Kevin Johnson behind-closed-doors on a pay-per-view show costing just £3.

The heavyweight clash will take place at a hotel in Konary, but amid the coronavirus pandemic no fans will be in attendance. 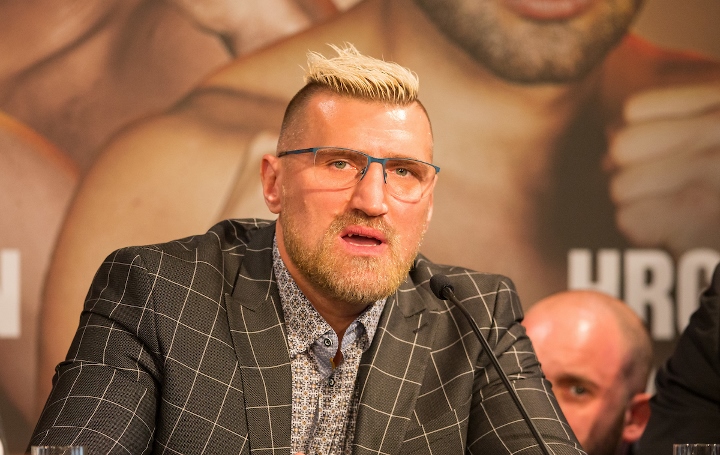 Poland has 596 recorded deaths from just over 12,000 cases as they gradually lift lockdown measures.

Their football league has been suspended since March but will return on May 29 with a target of finishing the season by July 20.

Pole Wach, 40, is promoting his fight against heavyweight gatekeeper Johnson, also 40, who has fought but lost to Anthony Joshua, Tyson Fury, Andy Ruiz Jr and Derek Chisora in his 51-fight career.

Poland can now claim the biggest fight on the boxing schedule—at least from a physical standpoint.

Former title challenger Mariusz ‘Viking’ Wach has been tabbed to headline a show in his home country, as the 6’7 ½” heavyweight will face veteran trialhorse Kevin Johnson atop a June 12 card at Pa?ac w Konarach in Konary, Poland. The event—which was first reported by ESPN Knockout’s Julius Julianis—will stream live Pay-Per-View through EventTV.global (PLN 20/$4.75 USD) and will be closed to the public. Designated essential personnel will be the only people permitted to enter the facility, providing they comply with all guidelines as instituted by national health officials.

“At the moment, we have a promise from the (Ministry of Health for the Republic of Poland) that we can make this event, Rafal Biernacki, Wach’s manager and head of Wach Boxing Team—whose outfit will present the show—told BoxingScene.com. “The show will be without an audience but will air live for all the world to see.”